The third bridge creates a new link across the Bosphorus Strait in Istanbul, which divides Asia and Europe. It was built by private construction companies and costed around 3 billion US dollars. 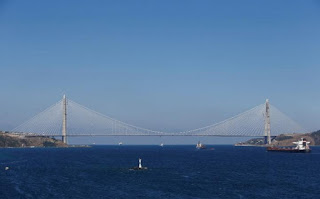 Posted by allaboutturkey at 1:17 AM